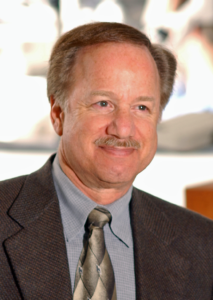 Advocacy is one of the topics I wanted to address in my President’s Messages this year. There’s certainly no shortage of information to share in terms of providing a typical Association advocacy update. In more “ordinary” times, I might have delved into our enhanced educational offerings to the general profession of dentistry; our leadership initiatives for our younger members; our online Advocacy Action Center and how we can better enable members to reach their state legislators on state initiatives.

In light of recent events, however, I wish to address what advocacy really means, at its core … and I’m discovering that the term is quickly becoming important to our Association in a whole new way. Wikipedia describes advocacy as an activity by an individual or group that aims to influence decisions within political, economic and social institutions. Well, there are some truly important changes that need to happen, which we should be able to help influence as an Association.

At this time in the history of our country, the AAE can be an advocate for social justice. Social justice advocacy are organized efforts aimed at influencing public attitudes, policies, and laws to create a more socially just society guided by the vision of human rights. As critical as it is for all Americans to join with the Black community and all communities of color in America to speak out against systemic racism, there are times when the most constructive thing we can do is simply listen, reflect, and learn. I have been doing a lot of that lately.

The recent police killings of Black Americans in our country unleashed an unprecedented expression of outrage. This anger was felt by people of all races and backgrounds, but these events were, perhaps, especially eye-opening for many white Americans previously unfamiliar with the underlying issues.  In reacting to these deaths and others, we are revealing that many of us didn’t truly understand systemic racism. It is pretty clear at this point that Blacks and indigenous people of color are fighting a unique battle every day.

Much of the reflection that is happening now, for both individuals and institutions, is inward-looking. This kind of processing is productive when we can focus on what we need to learn and do to change things in the future. We need to understand that despite our best intentions, there is nothing we can write or say that will bridge the divide between a concerned white person’s experience and that of a person of color. We can’t be spokespeople, but we can be partners. And therein lies our opportunity to take action.

From the Civil War to the Civil Rights movement a century later, it is an inconvenient truth that racism, inequality, and social injustice toward Black Americans and indigenous people of color in America has existed since the founding of our country. As the most powerful nation on Earth, we often assert our moral leadership as we aim to right the wrongs around the globe. As a result of recent injustices, the entire world watched the sights and sounds of a nation still at war with itself.

We must build the future on hope and not despair. Responding from a place of hope, we can move from protest to policy, and from policy to practice.

In 1967, one year prior to his assassination, Dr. Martin Luther King, Jr. gave a speech to students at Stanford University that is especially relevant today. The name of that speech is “The Other America.” Fifty-three years ago, Dr. Martin Luther King, Jr. warned everyone that there are two Americas. One America has access to opportunity, a good education, jobs, human and civil rights. The other America does not. We cannot survive as two Americas. We must become only one America.

When the AAE looks at its own leadership and governance, we must ask ourselves why our own profession often defaults to white male leadership. We must show up to stand alongside those who have been fighting their whole lives to ask, “How can we help?”.

Education is one key that the AAE as an Association of medical professionals can turn in a positive direction. Education needs to be reformed in America, especially early, in preschool through sixth grade. Higher education needs to be available to all Americans. At the top 100 universities in America, Black students represent a disproportionately low percentage of the entire student body.  Black dentists and endodontists are severely underrepresented in the profession of dentistry. Blacks make up 13.4% of the U.S. population, but only 3.24% of dentists are Black, while whites make up 75% of the U.S. population, and 75% of dentists are white. There are 5,000 practicing endodontists in the US, and only 168 practicing endodontists are Black; accounting for only 1% of AAE members.

The Black student body population in colleges and subsequently, our professional schools, should reflect the Black population of the nation as a whole. If we do not improve these numbers, absolutely nothing will change. The AAE can and should consider ways in which dentistry and endodontics can be promoted as a career towards communities of color.

Our organization must work toward the goal of increasing the number of underrepresented minorities in our profession with an emphasis on Black students pursuing dentistry and seeking out endodontics as their career choice. As an added incentive, this would ensure a greater understanding by the public about what an endodontist does and how they are different from general dentists while also elevating the platform of Black dental professionals with focus on endodontists of color. Grade school through high school students, preferably in highly concentrated communities of color and underrepresented minorities, should be provided a vision for the profession of dentistry that involves role modeling, mentorship and encouragement at every level within the educational system of our country…. to support the dreams and inspiration of Black students and minorities during their formative years.

What is the AAE currently doing to support diversity and social justice within our own Association? Our Constitution and Bylaws Committee is currently working on an initiative to address Board selection and composition. This initiative seeks to evaluate the current Board structure and leadership selection process, giving consideration to efficiency, productivity, and the importance of diversity in leadership.

The ADA has an Institute for Diversity in Leadership. We could explore with the IDL a training option for endodontists as aspiring leaders, especially endodontists from the diversity spectrum and endodontists of color.

It has been suggested that the AAE could hold a webinar series of discussions on social justice in dentistry. This would create awareness and transparency of our initiatives and “start the conversation”.

One thing we should all know and believe … we can no longer expect that social justice for our members of color and other diverse groups will just happen … it will not … unless we care enough to get involved and make it a reality.

Any cookies that may not be particularly necessary for the website to function and is used specifically to collect user personal data via analytics, ads, other embedded contents are termed as non-necessary cookies. It is mandatory to procure user consent prior to running these cookies on your website.