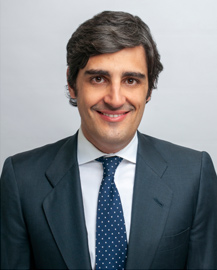 Dr. Antonio Berto’s completed his dental training in Madrid, Spain, where he received a Bachelor of Dental Surgery (B.D.S.) degree in 2005. Previously, from 2003 through 2006, he attended Dr. Maria del Carmen Navarro (Odontopediatric dentist) and Rafael Miñana (Endodontist) private practice, in Madrid Spain, for Clinical Observation and Assistance. After he practiced general dentistry for one year, his mentor, Dr. Rafael Miñana, one of the founders of the Spanish Association of Endodontics, realized how passionate Dr. Berto was about Root Canal Therapy, and encouraged him to continue his education in endodontics in the United States. In 2006 Dr. Berto became a Fellow in the Department of Endodontics Texas A&M Health Science Center – Baylor College of Dentistry. Where he continued his studies and in 2009 he was awarded a Certificate in Endodontics. Dr. Berto is Board eligible of the American Board of Endodontics since 2009 and one of his goals is to become a Diplomate.

In 2010 he became Assistant Professor at the Department of Endodontics. Dr. Berto also teaches at the AEGD department where he is responsible for the Endodontic section. He also authored multiple articles in professional journals and publications, and has lecture both nationally and internationally. His research interest is in the area of anatomy of root canal system, dental traumatology and dental and pulp regeneration. Dr. Berto in his free time enjoys spending time with his wife and watching all types of sports, soccer being his favorite.

Dr Berto is a Fellow of the International College of Dentist, one of the most prestigious and exclusive dental organizations Dr. Berto has been president of some of the most important local dental organizations like the DALLAS forth worth Endodontic society or the north Texas Hispanic dental association. He is currently serving as board of directors at the Dallas county dental society and the American association of Endodontics. Dr Berto is married and has one daughter and two sons.

Find A Location About Dental Specialties Our Endodontic Services Blog