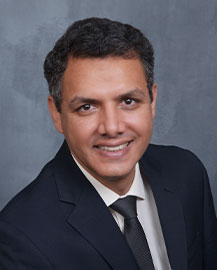 Dr. Hassan Shahabinejad is a native of Iran, where he received his D.D.S. at the Mashhad University of Medical Sciences in 2004. He worked as a general dentist for several years and then went on to further his education at the Kerman University of Medical Sciences. While there, he completed a three-year residency program and earned his MSc in Endodontics in 2010. After earning degrees at these prestigious schools in his native country, he ran a private practice and taught endodontics for seven years before he and his family moved to the U.S.

Here, he studied at the Boston University Henry M. Goldman School of Dental Medicine (GSDM). At this school, one of the most renowned in the country, he completed his MSD (Master’s Degree in Dentistry) in the field of biomaterials. He earned a Certificate of Advanced Graduate Study (CAGS) in Endodontics in 2020.

Dr. Shahabinejad is a professional, a teacher, and a family man. He loves giving back to the community and spent years volunteering at few Clinic Charity Centers while living in Kerman, Iran. He is a writer who has had articles published in various dental journals, including Journal of Endodontics, European Endodontic Journal, the Journal of Dentistry and Oral Hygiene, and the International Journal of Dental Research. His many varied interests, however, include poetry and literature. He has had one poetry book published and hopes to publish another in the near future.

Find A Location About Dental Specialties Our Endodontic Services Blog